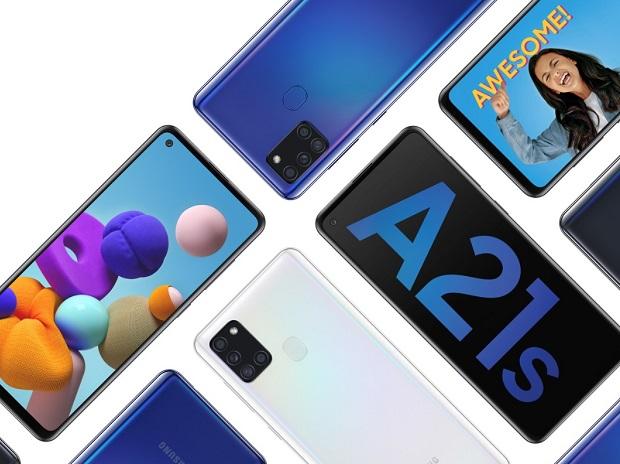 South Korean electronics maker Samsung on Wednesday launched the Galaxy A21s in India. The smartphone will be available in black, white and blue colours, from June 17 at retail stores, Samsung Opera House, Samsung.com and online e-commerce platforms. The Galaxy A21s comes in 4GB and 6GB RAM variants, both with 64GB internal storage, priced at Rs 16,499 and Rs 18,499, respectively.

The Galaxy A21s has a 6.5-inch screen of HD+ resolution, stretched in 20:9 aspect ratio. The screen has punch-hole on the top left corner, accommodating the phone’s 13-megapixel front camera. On the back, the phone has a quad-camera set-up, featuring a 48MP primary sensor, an 8MP ultra-wide sensor, a 2MP macro sensor and a 2MP depth sensor.

Powering the phone is a Exynos 850 system-on-chip, paired with up to 6GB RAM and 64GB internal storage. The dualSIM phone has a dedicated microSD card slot for storage expansion (up to 512GB). The phone ships with Android 10 operating system based OneUI 2.0 user interface. Powering the phone is a 5000 mAh battery and the phone comes with 15W fast charger.