How does the Mi Box 4K fare in comparison to other streaming devices, and which one is the best pick? Let’s find out

The Xiaomi Mi Box 4K is a peripheral device that adds smart capabilities — like internet connectivity, voice assistant and access to over-the-top (OTT) content — to non-smart televisions or monitors, when connected with high-definition multimedia interface (HDMI) port. Though there are several other devices offering a similar experience, such as smart set-top boxes and Amazon Fire Stick 4K, the Mi Box 4K is the only no-frills device that promises nothing more than adding smart utilities to supported non-smart screens.

How does the Mi Box 4K fare in comparison to other such devices, and which one is the best pick among? Let’s find out:

The Mi Box 4K is neither too big like set-top boxes, nor too little like the Amazon Fire Stick 4K. It is a palm-sized device with a squarish (rounded from corners) form factor. It has a dim-lit LED on the front that is hard to notice in good light conditions. Its back accommodates all its ports — HDMI port, full size USB port, power port and a 3.5mm audio out port. The ports at the back are placed far wide apart, making it possible to use all of them simultaneously. Overall, the Mi Box 4K has a minimal profile, which is good in a peripheral device. Though it is best suited for a table-top set-up, you can also put it on the television’s back like the Fire Stick 4K. Based on the Android 9 Pie TV platform, the Mi Box 4K supports displays with up to 4K resolution. However, there is a provision to restrict the output to fullHD or HD, if your screen does not support the ultraHD resolution. While the device detects the connected screen’s resolution and operating frequency automatically, it has a dedicated setting to manually set these parameters just in case its automatic settings do not detect the right combination.

The Mi Box 4K supports HDR10 and Dolby DTS 2.0 audio. However, these features work only if you have a supported screen. The device has built-in Chromecast Ultra, something you get in no other device, even smart televisions. The Chromecast Ultra allows you cast phone, tablet or laptop content on big screen at a resolution of up to ultraHD level. Though there are televisions and streaming devices that support Google Chromecast, it is only the Mi Box 4K that supports up to ultraHD resolution in India.

In terms of connectivity, the Mi Box 4K has dualband Wi-Fi for internet and Bluetooth 5.0 to connect supported accessories like soundbar. It comes pre-loaded with the most commonly used apps like Amazon Prime Video and Netflix. There is a Play Store if you need any other app.

For ease of use, there is the Google Assistant taking voice commands through the device’s Bluetooth remote control. With Google Assistant you can also pair and operate smart home products like smart bulbs, air purifier, fan, air conditioner, etc.

The Mi Box 4K is powered by a 2GHz quad-core processor, paired with 2GB RAM and 8GB internal storage. The device manages to render ultraHD content at 60Hz on supported devices, but the content quality is better when it is set in 1080p resolution at 60Hz. HDR10 content, on the other hand, plays better in 4K resolution at 60Hz.

These settings might work differently on different devices, and the good thing about the Mi Box 4K is that it does not restrict the output to 4K at 60Hz. Therefore, you can play around in settings to find a combination of screen resolution and operating frequency that best renders content on your screen. 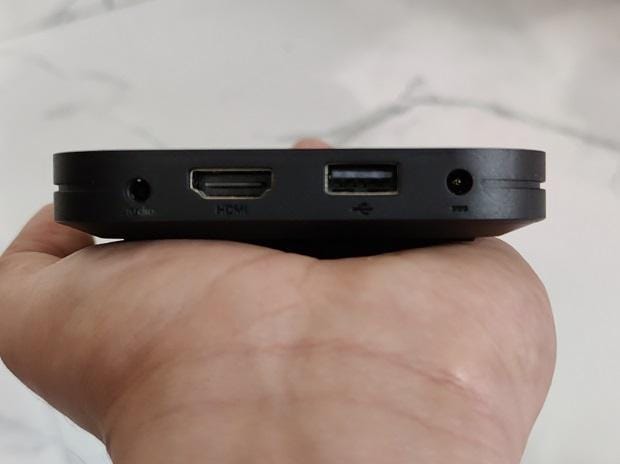 In terms of user experience, navigating through the Mi Box 4K’s stock Android user interface using the bundled remote control is easy. The remote is also minimal, with dedicated buttons for Netflix, Amazon Prime Video and Google Assistant. The only relevant button missing, though, is the volume mute key.

Priced at Rs 3,499, the Mi Box 4K at present is a one-of-its-kind Android-based streaming device in India. Though there also are other devices that can turn your screen into a smart one, you might like to invest in the Mi Box 4K as it makes the streaming device delighting with the features and performance it packs. But you should definitely explore all available options carefully to see what device best fits your needs.